A Place For Poker "Passionista"

Canadian Team Pokerstars poker professional and 6-time WSOP bracelet winner Daniel Negreanu has taken to his official Twitter page to confirm that yes, he will be hosting the hottest blowout of the summer in his hometown of Toronto this coming August 1st – and it’s all for charity. 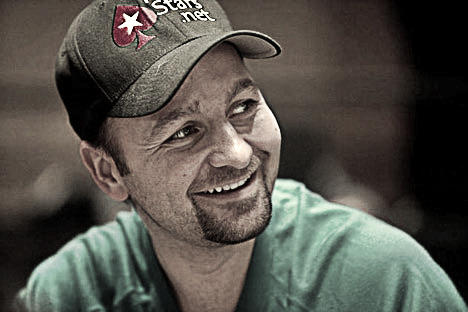 “Join me Aug 1st at Real Sports in Toronto for an awesome party @FadooBobcat & @GreggZaun both playing for charity!”, Daniel tweeted on June 16th, confirming that both Bob McCown, host of RealTime Sports, and fellow WSOP champ Gregg Zaun, an analyst for Rogers Sportsnet, may also be taking a seat at the charity table.

Hosted at the Real Sports Bar and Grill in downtown Toronto, the party will feature an open bar with food served throughout and is sure to feature a few fellow poker professionals and celebrities. Though not open to the public, fans and aspiring PokerStars are welcome to attempt to win a seat through one of the many qualifying tournaments hosted on Pokerstars, open only to Canadian players. Free to play, these qualifiers run daily Monday to Friday from June 8th until July 10th, with the final qualifying tournaments scheduled each Saturday from June 13th until July 11th. Three players will be awarded a seat each week, and all games will be played traditional Texas Hold’em style. $50,000 in cash is expected to be raised for charity; although the recipient has not yet been announced, Negreanu has in the past participated in fundraising events for various charities, including “Ante Up For Africa” and his own “Big Swing Golf Tournament” for the Lili Claire Foundation.